Normally when a company decides to combine concepts they invest in research and development (Like for example if you wanted to combine the structure and visuals of let’s say, Call of Duty Modern Warfare with the breakthrough technology of the Kinect).  Utilizing new control systems with new styles of gameplay is not an undertaking that should be considered without the appropriate resources and time to implement things in an intuitive manner (Someone should have told the developers of the new 360 title Black water about this).

Blackwater is a poor game featuring a poor design which rests upon a poor premise.  The game itself is a “rail shooter”, meaning that you progress from area to area automatically; you have no control over the movement of your character aside from the ability to am and shoot.  If you’ve ever played classic arcade shoot-out games (in real arcades) like “house of the dead” then you should know exactly how Blackwater is set up.  While it’s a great idea to implement the Kinect sensor in tandem with the rail-shooter concept, you also have to do it well.  This is exactly what Blackwater fails to accomplish.  The game is simply painful to play; it’s among the most repetitive and least rewarding games out there.  In fact, the only people that might enjoy this game are those that enjoy punishment, and even then it’s probably a 50/50 split amongst that group.  Yes, Blackwater is that bad. 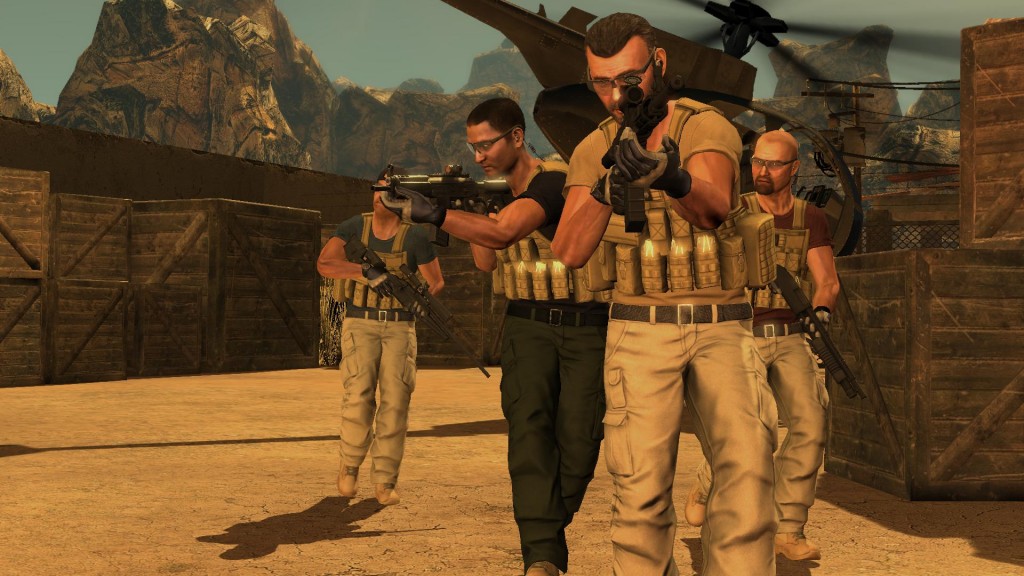 If you enjoy playing games lacking in charm that are absolutely no fun to play, then this is the game for you. The fact that Blackwater was able to make killing large numbers of baddies with various weapons not fun at all is actually an accomplishment in and of itself. Seriously, you shouldn’t even consider dropping money on this one, if you absolutely have to play it in order to judge for yourself, a rental should suffice.