There is a tendency among writers of sci-fi/adventure trilogies to bring out the big guns in the last act. I’m using “guns” literally in this case.  Remember how there was lots of kung-fooey but a conspicuous lack of large-scale combat with chain-gun-armed mechs in the first two Matrix movies?  Which Lord of the Rings movie has the most CGI warriors again?  If you’re going to have an all-out clash of civilizations, it’s hard not to save up the really climactic battle for the third act, if you want all three volumes to sell that is.  This rule also applies to video games where the protagonist is the only hope in a galactic war against good and evil.  Sound familiar, Commander Sheridan?  Shepard!  I meant to say Shepard.  Sorry.

It was pretty much a given that Mass Effect 3 would be the most combat-heavy game in the trilogy.  This whole fight against the Reapers  has gotta wrap up at some point, and you’re kind of standing in the middle of it, so…yeah.  And based on the bit o’ previews Bioware has shown, it looks like combat will indeed be one of the hallmarks of the third game.  In fact, combat is the center of the multiplayer mode that has a lot of expectant gamers polarized. 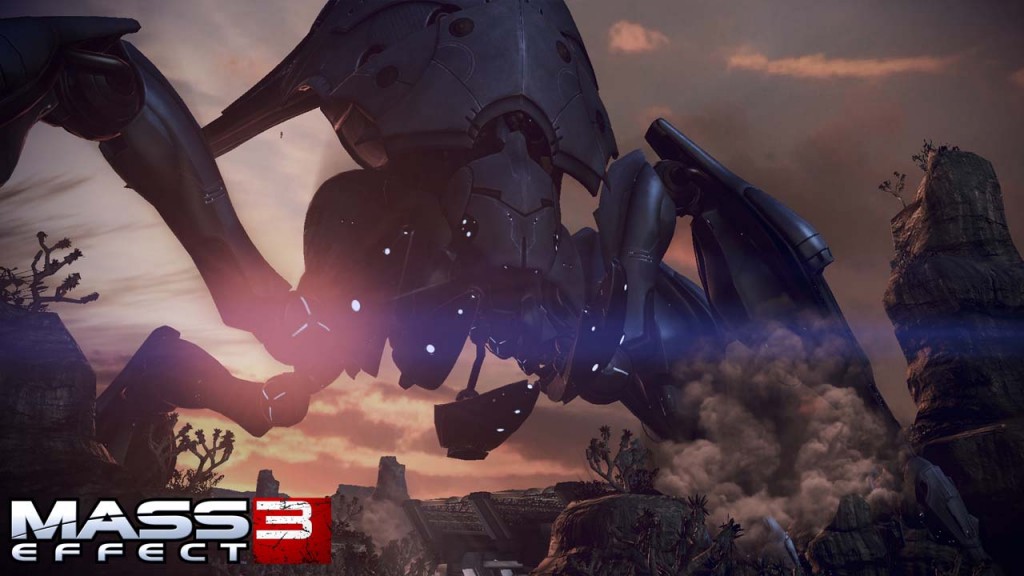 The first two Mass Effects really didn’t need multiplayer.  You can’ really go through the purposefully dense and intricate story mode with two people making separate and probably opposite calls.  That makes the decision to add a 4-player co-op mode somewhat puzzling; whats changed?  Why do we need this now any more than two Mass Effects ago?  The multiplayer mode is essentially limited to combat, which wasn’t historically Mass Effect’s most striking attribute, so we’ll have to hope there’s more to battle system this time around than anyone has guessed.  We do know you’ll  be required to contend with wave after wave of enemies that want to stop you from accomplishing specifics tasks, which could be hyper-tense and challenging or criminally annoying, depending on how its executed.  A new multiplayer skill tree will sport abilities, mostly combat-related, that can be upgraded through co-op missions and defeating enemies in battle.  The biggest test will be in the actual playing of it, though; if Bioware is intent on giving Mass Effect 3 more focus on firepower, and less on dialogue or decision-making, it certainly runs the risk of becoming more like just another sci-fi FPS, which would, frankly, be a disappointment.  One thing that’s safe to assume is that a glance at the surface won’t reveal the full measure of this game; the first Mass Effect was easy to dismiss in previews as too ambitious or too derivative (a far-future FPS-RPG?  But surely, not in space!).  So regardless of how you feel, there’s likely to be more here than meets the eye – especially one that hasn’t seen the full game yet.