The remake of Syndicate has a lot of folks out polishing pitchforks, and from what’s been shown so far, Starbreeze has taken some pretty substantial liberties with the Syndicate setting and drastically altered the gameplay.  Now, even excellent games like Syndicate or Shadowrun leaned on their atmosphere to be just right; that stark, inescapable high-tech ruinscape was a pillar which bore the weight of occasionally repetitive fights and leveling up.  That this has been swapped out for a slick, neon aesthetic is a choice not to have been made lightly.  Also unlike the previous Syndicate, this one isn’t a strategy game (or “tactical shooter,” if you prefer).  The ¾ -isometric point of view has been chucked in favor of a fairly straight FPS control scheme, with some RPG elements like inventory and dialogue options grafted on, though your party, or squad, is still an integral part of the game.  In other words, this Syndicate is more of a re-imagining than a straight remake. 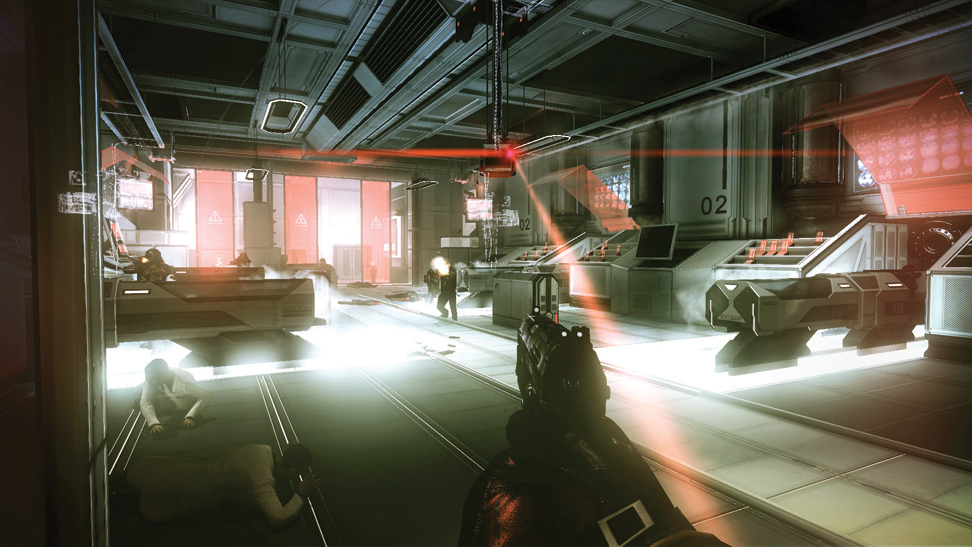 The lack of those stark, lonely environments is the most obvious change; the world of the upcoming Syndicate is now noisy and cluttered.  Levels are filled with blinking, strobing , glowing neon, decorated by slick metallic surfaces and brightened by slice after slice of holographic tactical overlays.  I can imagine some people crying foul at that, but consider this: at some level, all dystopian sci-fi computer games are driven by the subliminal, quasi-genetic impulse to let us experience Blade Runner full with all 5 senses, plus the Japanese idiom of mono no aware.  We’re not there yet, but like it or not, this hardwired goal of the genre has fully expressed itself in the 2012 Syndicate’s phenotype.  You just have to accept and appreciate it.

Much of the background and backstory has been carried over; you’re a solider caught in the midst of high-tech corporate espionage (read: wars), in a world where multinationals have replaced governments as the ultimate arbiters of humanity and meters-out of punishment and reward.  Most folks have got these fancy neural chips which have the unfortunate side-effect of keeping them forever in thrall to the system; as a super-Syndicate-soliderboy, you’re no different.  The chips are actually one of the focuses of combat within the game; apart from linking you with your squadmates, allowing you to share targeting data and keep updated on their status, they are the mechanism for you to launch information-based attacks on enemies that are usually necessary before engaging in physical combat.  So combat is real-time but still complex; as a result, the game plays out more like a survival horror title than a straightforward FPS, with encounters being usually tough and coming at you without much warning. 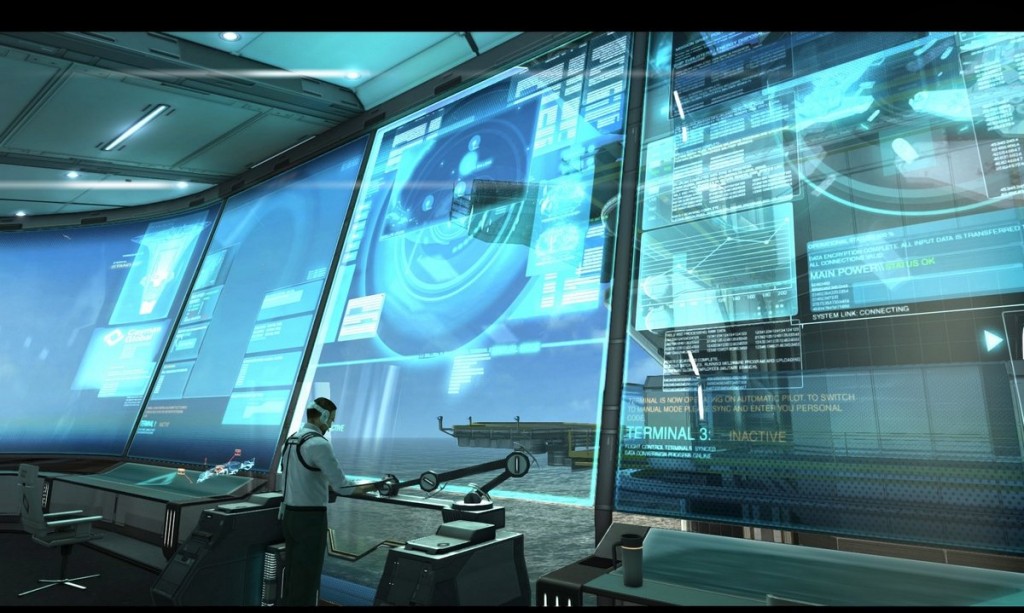 You’ll need these electronic “breaching” attacks to disable the armor/defenses of enemies before dealing actual damage to them; they’re a separate skill tree that you can improve and expand over time.  This is one of the more challenging – and exciting, when you get it right – aspects of the multiplayer.  In single player, your AI squadmates back you up and follow your lead to effectively shut down your foes’ defenses, but it’s a task that requires more coordination than you can always expect from four random people.