Games based on comic books and/or popular movie franchises are rarely anything worth exploring, and X-men: Destiny is certainly no exception to this rule

It’s amazing that game developers are still pumping out trite little games (carrying familiar monikers) that border on being unplayable or in some cases, entirely broken.  Perhaps they feel that their game merits interest from gamers based on its associations with blockbuster movies?  Regardless of their motivations for producing a sub par gaming experience (most likely time and budgetary constraints), the fact remains that X-Men: Destiny is not the kind of title that anyone should get too excited about.

It’s hard to believe that Silicon Knights, the company behind such titles as GCN’s “Eternal Darkness” or the revised version of the original metal gear solid, is responsible for X-men: Destiny.  Uninteresting missions and gameplay, as well as some very atrocious design elements make this title a great example of what not to do when designing a game.  The story of course is nothing new or exciting; good guys against the bad guys with plenty of stereotypical dialogue are all that you’ll find here.  There’s very little here to keep players returning for more, and virtually nothing memorable about the game itself (aside from how bad it is). 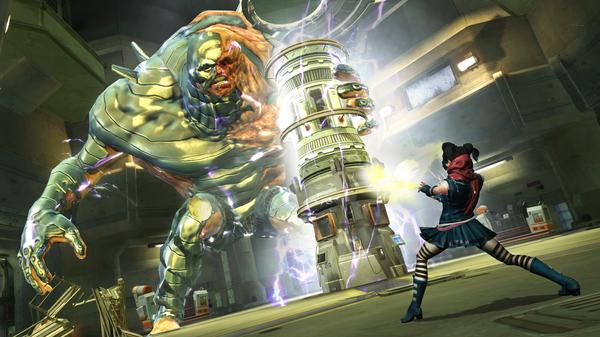 Only the most die-hard X-men fans will want to pick this game up, period.  To once again state the obvious, this is a title that deserves to slide into obscurity.  Poor gameplay and terrible design choices make this game not worth the time it takes to complete it.  Sadly, the most interesting facet of this game is probably the cover art.  For long time fans of the X-Men franchise it’s somewhat disheartening to see such a title released sporting its namesake, but you can’t win them all can you?