The majority of sports fans have plenty to look forward to when it comes to gaming, with new releases coming thick and fast every year. As rugby generally only hits the headlines once every four years with the onset of the World Cup though, fans have been restricted to the last major entry into the marketplace, Rugby ’08 for the PlayStation 2 since the year 2008. You could understand a building sense of excitement then with the dawning of this new title, Rugby World Cup 2011! Were it not for the frankly awful AI, licensing problems resulting in only half of the teams actually being present, and graphics that look decidedly similar to the 2008 predecessor, this game could actually be a real contender in the marketplace. Unfortunately those problems really do exist in a game that has obviously been rushed out of the door to coincide with the sporting event itself.

Rugby World Cup 2011 seems to be something of a stripped out version of the former PS2 title, as there is no more Six Nations, Tri-Nations, Super 15 or any other contest. This essentially leaves you with five modes incorporating the actual World Cup tournament, a warm-up tour, single tests against other teams, a basic place-kick shootout and some two-player online multiplayer matches. Focusing a game solely on one tournament isn’t necessarily a problem, but unfortunately the gameplay simply isn’t outstanding enough to cope with the lack of content. 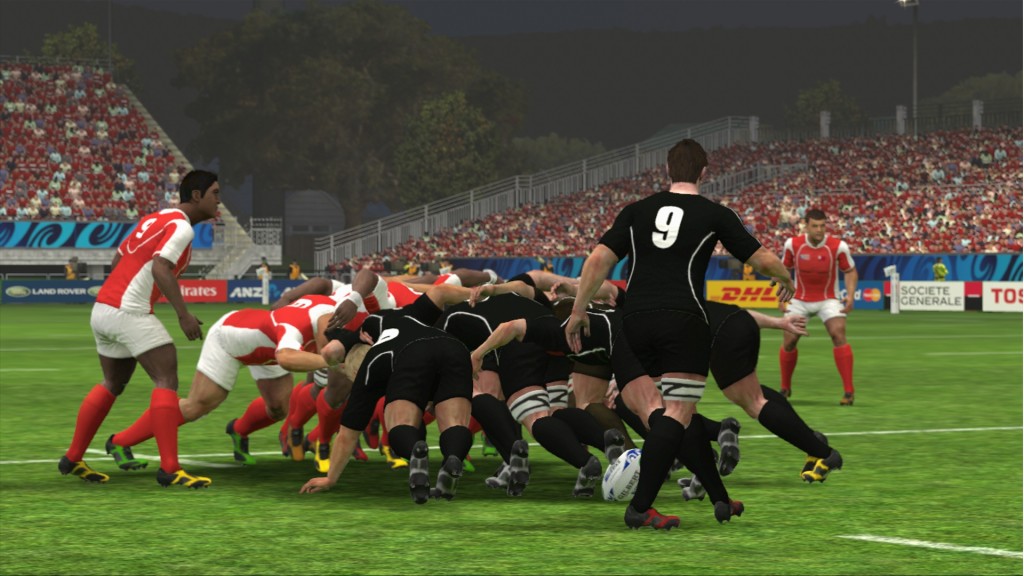 Nowhere is this more notable than in the awful Artificial Intelligence of any computer-controlled team. Although the difficulty does scale, to a certain extent, as the tournament progresses you are unlikely to ever find it much of a challenge. Defensive lines featuring massive gaps are an open invitation to score multiple tries. There are also those strange moments where it seems the opposing defenders have forgotten their calling, actually turning to run away from the ball-carrier! All in all it doesn’t leave you with much sense of fulfilment, even when you do get to enjoy that brief animation sequence with your treasured silver cup. Fortunately these flaws can be forgotten when enjoying the game with friends on either split screen or online play. These multiplayer modes are about the only time when the game is genuinely enjoyable.

Controls are relatively intuitive, but without a real grasp of the rules of rugby you will certainly find yourself at a loss when it comes to knowing exactly what to do when. A lack of any form of tutorial results in trial and error being the main method of discovering the perfect time to press each button.

There’s not much to shout about when it comes to the look of Rugby World Cup 2011 either. Although the general appearance of the stadiums in which you play have been improved from the 2008 PS2 outing into the sport, the improvements are certainly not great enough to reflect the four years of progress that we’ve seen in other sports titles. Player animations are relatively smooth and even realistic at certain moments; so long as you don’t see the rubbery look of your players’ faces that is! 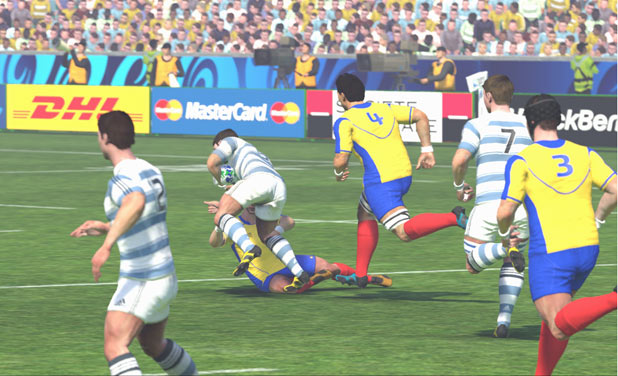 Not that there’s too much risk of actually seeing your favourite players that is. With licensing talks obviously breaking down within the development process for Rugby World Cup 2011, there are only actually ten teams fully and accurately represented here, rather than the twenty competing teams. The exceptions aren’t minor teams either; even Australia and the host nation, New Zealand, are notably absent. Each of the ten missing teams is there in name only, but with strips and official player names removed, instead replaced with generic models and fake names.

Rugby World Cup 2011 was obviously rushed out of the door before it was even close to being ready. Flawed AI, missing teams, poor graphics and more don’t exactly inspire a reason to pay the full price for a game that is obviously just a simple upgrade from the 2008 PlayStation 2 outing. While there is some enjoyment to be had in the multiplayer modes of the game, it really isn’t enough to warrant spending your hard earned cash on.