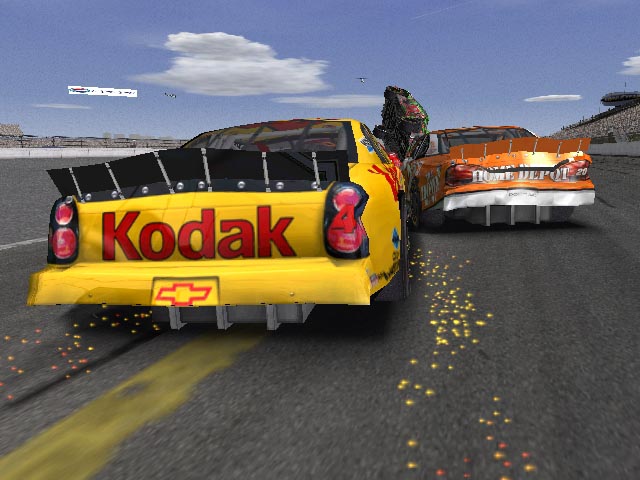 NASCAR Thunder? 2003 surrounds you with the emotion, sound, fury, and risks of the high-speed, high-drama career of a NASCAR? star. Feel the adrenaline rush, intensity, and passion of being a NASCAR driver on a quest to become a NASCAR Winston Cup Series champion. Take on various real-life scenarios, complete with dramatic pileups, walls of smoke, and constant door -to-door, three-wide racing, to test your nerve and improve your racing skills. Build a racing legacy over the course of 20 drama-filled seasons.